According to the latest statistics from Johns Hopkins University, as of 5:30 on June 9th, Beijing time, the cumulative number of new cases of new coronary pneumonia has exceeded 7.08 million, reaching 7085894; the cumulative deaths exceeded 405,000, reaching 405168.
WHO: Global new crown epidemic is worsening
On June 8, local time, World Health Organization Director General Tan Desai said that the global new crown epidemic situation is deteriorating. On June 7, the world’s single-day new 136,000 cases of new coronary pneumonia were the most new cases in the world so far.
Tan Desai said that countries have reported nearly 7 million new crown cases and nearly 400,000 deaths to WHO. The European epidemic situation has improved, but globally, the new crown epidemic situation has continued to deteriorate. In the past 10 days, there have been more than 100,000 newly confirmed cases in 9 days. On June 7, the number of new cases reached 136,000, setting a new record.
Tan Desai said that nearly 75% of the new cases on June 7 came from 10 countries, most of which were concentrated in the Americas and South Asia. In addition, the number of cases in Eastern European, Central Asian, and African countries is also increasing, and the epidemic has spread. According to the World Health Organization’s daily epidemic statistics report on June 7 and 8, the United States and Brazil are the countries with the largest number of newly diagnosed cases every day.
The epidemic in Latin America is worrying
Central and South America faces the most complex situation in the world
Michael Ryan, the WHO health emergency project leader, said that from Mexico to Chile, except for some countries, Latin America is showing an epidemic growth pattern, which is very worrying.
Michael Ryan emphasized that this situation requires strong government leadership and international solidarity to control the disease. Many Latin American countries have experienced very serious epidemics, which have already appeared in Europe and North America. The health system is facing a heavy burden. Not all countries have (adequate) intensive care beds to cope with the disease. There is a lot of fear and confusion at the community level. Central and South America is now facing the most complex situation in the world.
Brazil named by WHO after deleting historical data
According to the latest data released by the Brazilian Ministry of Health on the evening of June 8, local time, the country added 15654 new cases of coronary artery pneumonia, with a total of 707412 diagnoses; 679 new deaths and a total of 37134 deaths.
The Brazilian government has recently adjusted the content of the epidemic data release to only publish the newly confirmed data of confirmed cases and deaths in the past 24 hours. The previously recorded cumulative data of Brazilian states and cities were deleted, and the daily data release time was delayed. According to personnel from the Brazilian Ministry of Health, the move was ordered by Brazilian President Jail Bosonaro himself and caused widespread indignation in Brazil.
According to the latest data released by the Indian Ministry of Health’s official website, as of the morning of the 8th local time, India has confirmed more than 250,000 new cases of pneumonia (256,611), and the cumulative number of confirmed cases ranks fifth in the world. According to the “Hindustan Times” report, Maharashtra, which had the most severe epidemic, reported a total of more than 85,000 confirmed cases on the 7th. This number has also exceeded the cumulative confirmed cases in mainland China (83040 cases).
New Delhi Television (NDTV) published a report on the topic of “India’s new crown has more than 250,000 confirmed cases and Maharashtra (confirmed cases) surpasses China”, and points out these two key data nodes.
The cumulative number of deaths in the United States exceeded 110,000
According to the statistics of Johns Hopkins University, as of 6:30 on the 9th, Beijing time, the United States had a total of 1,956,527 cases diagnosed and 110,932 deaths. Compared with the data at 6:30 the previous day, there were 24677 newly confirmed cases and 791 new deaths in the United States.
Due to the death of black Freud, protests and demonstrations across the United States have entered the 13th day. As thousands of protesters crowded the streets, the number of confirmed cases of new coronary pneumonia in all states continued to rise. “Atlantic Monthly” issued a sigh on the 7th with the title “The United States has given up against the’pandemic'”, and the United States has given up against the epidemic. Throughout the country, demonstrators gathered to sing, shout, and demand justice, and the police surrounded them together. American infectious disease expert Fuch said that this special form of large-scale protest and police response can be called the “perfect device” for virus transmission.

Our company has long been committed to the research and development of professional X-ray equipment. We have provided a large number of X-ray equipment to the world, including UC arms, digital DR, mobile DR and so on. Help people all over the world to overcome COVID-19. 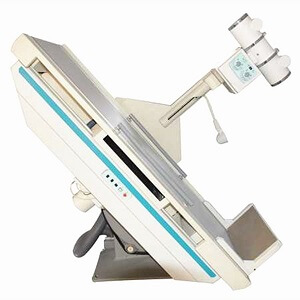 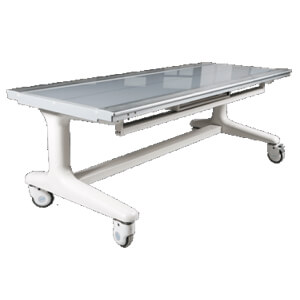 Mobile X ray table for most of radiology examination